The Audi RS3 Sedan has been revealed at the 2016 Paris Motorshow with a more powerful version of the Audi RS3 Hatch’s already frenetic five-cylinder turbocharged engine.

As expected, the Audi RS3 Sedan will feature a 2.5-litre turbocharged five-cylinder engine. However, Audi have defied pre-release speculation by giving the RS3 Sedan the same 294kW/480Nm iteration from the new Audi TTRS. 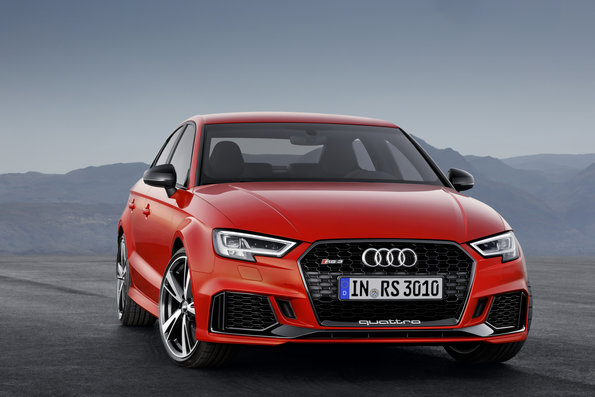 With 294kW of power, the RS3 Sedan is 24kW more powerful than the RS3 hatch. Power will be delivered to all four wheels’ compliments of the same seven speed dual clutch automatic as in the RS3 hatch. 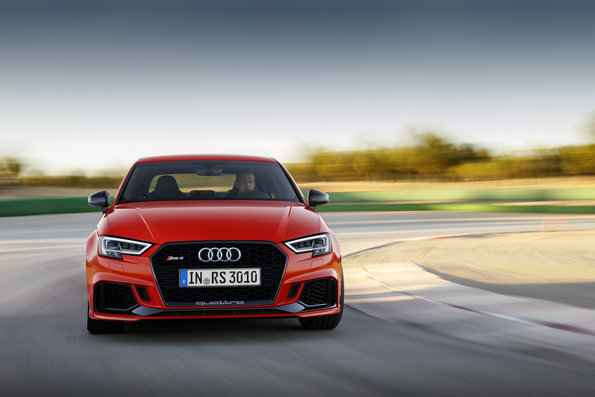 The Audi RS3 Sedan 0-100km/h time has been slashed to 4.1sec. Like all performance Audi’s, the RS3 Sedan will be limited to 250km/h (155mph), but this can be lifted to 280km/h for a nominal fee- an option unlikely to phase Australian customers. 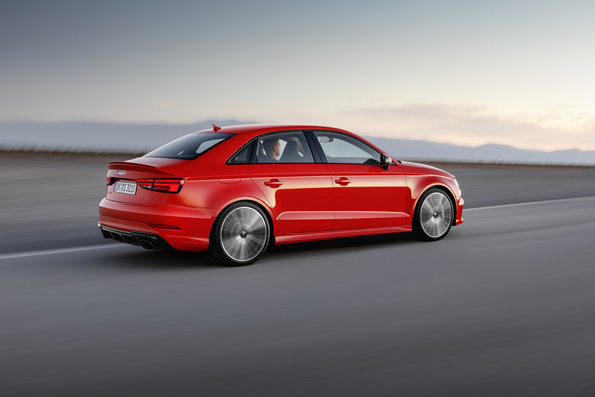 The RS3 receives a slew of visual and tech upgrades over the Audi S3 Sedan including; flared wheel arches, 14mm wider at the rear and 20mm wider at the front, Audi’s distinctive RS oval exhaust pipes, rear diffuser and a boot lid spoiler. 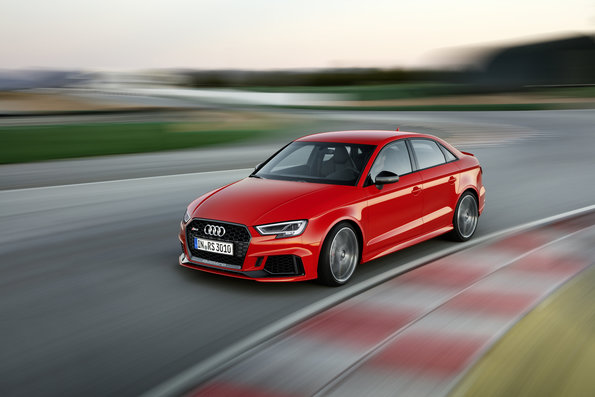 The Audi RS3 Sedan will ride on 19-inch wheels with 235/35 section tyres at all four corners. Drivers won’t be left wanting on a twisty road with Audi fitting 370mm grooved & drilled rotor discs to the front and 310mm discs to the rear.

Inside, the RS3 Sedan features a 7.0-inch infotainment system, black Nappa leather seats and enough RS badges to remind drivers that they are behind the wheel of Audi’s most rapid small sedan ever made. 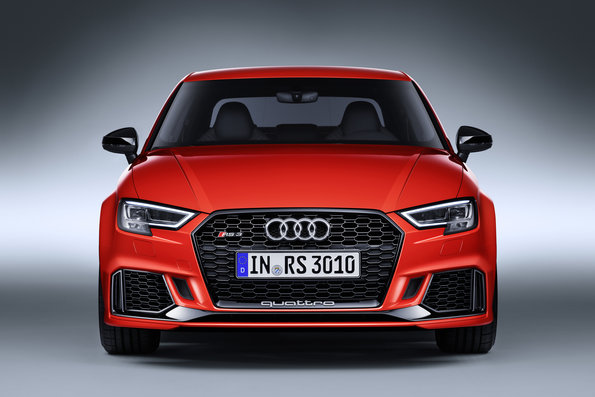 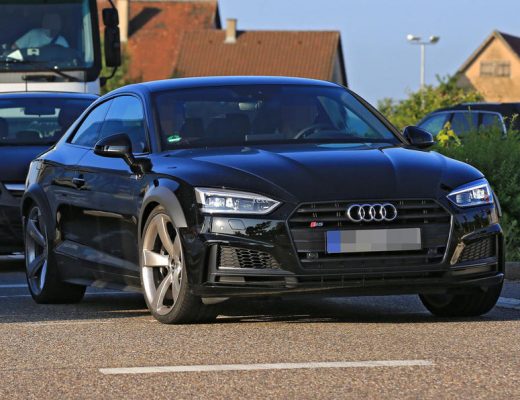 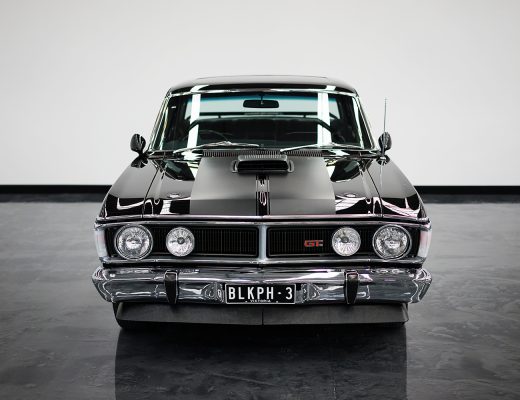 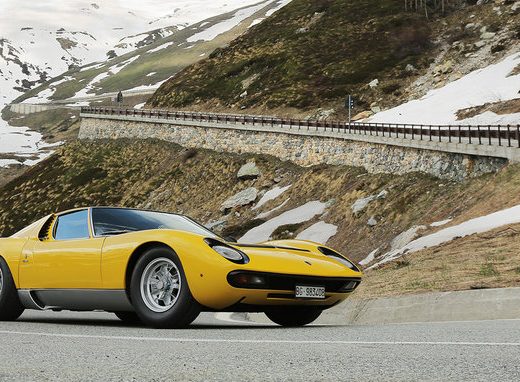